For a safe harvest, remind all workers to take precautions around power lines. For more information go to: 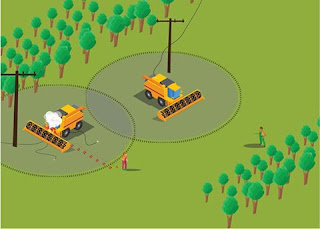 Posted by Cuming County PPD at 8:45 AM No comments:

Update on Outages from work on Dodge Substation


Upgrades for the Dodge substation are moving along. Things have been reorganized and rescheduled.

The rescheduled outage from October 6th will take place on October 24th. Work will begin at 6:30am and last until around 2pm. Customers affected will be contacted.

Further outage updates to come and a new map will be put in the post office and at the city office as further plans are made.

CCPPD wants to remind you as always to please drive slowly in any work area and be cautious of any workers.

Thank you for your patience and understanding at this time of transition. 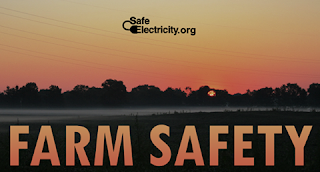 Posted by Cuming County PPD at 10:50 AM No comments:

The money collected for the fund is from CCPPD customers rounding up their electric bill to the next dollar. It’s an average of six dollars per customer per year. Just over $1,000 is put into the fund each month.
Area schools have received over $40,000 and area fire & rescue departments have received over $17,000 since the program began. Donations ranging from $50-$3,000 have been made to youth groups, churches, a variety of non-profit organizations, as well as a few individuals.
Think about it, an average of six dollars per customer per year has made all of this possible. In addition to the money, five people volunteer their time to serve on the Operation Round-Up® Board. Current members are Jackie Smith, Bancroft area; Brenda Bradfield, Beemer area; Maria Janata, Dodge area; Shannon Karnopp, West Point area; and Kristie Borgelt, Wisner area.
The board members discuss the applications that are received and awards are granted biannually in March and again in September. Operation Round-Up® funds are available to any person(s), family, group, organization, or charity within the boundaries of Cuming County Public Power District. The funding can be used to address a large variety of needs.
Applications to request funds are available from the Cuming County Public Power District office, emailed, or online at www.ccppd.com. There are separate applications for organizations/agencies and individuals and/or families. 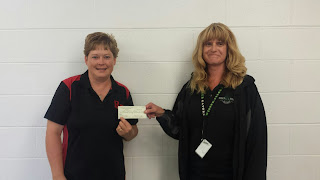 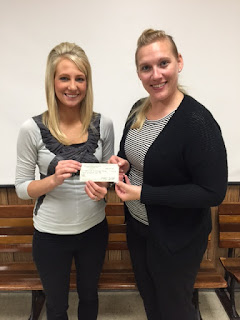 Posted by Cuming County PPD at 8:48 AM No comments:

http://www.ccppd.com/employment.asp
Posted by Cuming County PPD at 1:22 PM No comments:

http://www.ccppd.com/Newsletters/october2016.pdf
Posted by Cuming County PPD at 1:20 PM No comments: